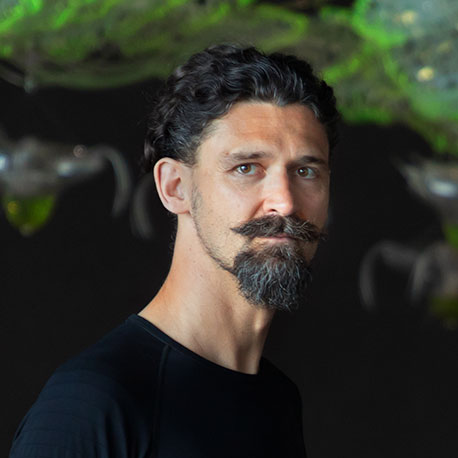 Marco Poletto is an architect, educator and innovator. His practice investigates the dissolving boundaries between city and nature. He builds architectures, installations and digital protocols testing human’s interaction with non-human systems. His theory of the Urbansphere argues that the increased spatial articulation and material integration of such systems within architecture is crucial to evolve higher forms of urban ecological intelligence. Marco’s work proposes a redefinition of the traditional paradigm of sustainability in the age of ubiquitous computing.

Over these past few years Marco have been Unit Master at the Architectural Association in London, Senior Tutor at the IAAC in Barcelona, Visiting critic at Cornell University and Research Cluster leader at the Bartlett School of Architecture in London. He is currently a Phd Candidate at RMIT University Melbourne.